Stop asking "Why am I a failure?" and start saying "I am working on success!"

When people ask, ‘why am I a failure?‘ it’s as though they have some sort of permanent condition. Or that it’s something you are.  Well, I have news for you, the word failure is just a noun that simply means — “lack of success”.

And when we go a little deeper and ask the question, what is a ‘lack of success’, well, it’s simply not having what you want, yet.  “Yet” being the critical word.

Obviously, the word ‘failure’ has a bad connotation to it, because people use it as a way to put someone or something down, to divide the haves from the have-nots, and to make fun of someone else’s attempt at success – whatever that may be.

And if you’ve ever been called a ‘failure’ by anyone, it stings because it demotes all your good efforts in one single word. You get deflated and that sucks. Add to that, the sting goes deeper if you feel the person who called you a ‘failure’ – whether on purpose or not – got a little ego boost because they aren’t the failure that you are.

What’s more, nowadays, with social media sharing images and videos of hash-tag fail (#fail), showing people making mistakes or doing ridiculous things, we subconsciously take that in and cringe at anything that’s not perfect.

So we do everything possible to make ourselves look faultless, and then we giggle and point fingers at the faults and ‘failures’ of others. So we run from anything that could be remotely connected to failure – and ridicule those who we believe have failed.

But therein lies the problem.  The only way we get to success is by going through a whole lot of failure. So in essence, we’re ridiculing one of the most important components of success!

Failure is a pit-stop.

Failure is not a permanent state of being, or a condition. It’s a pit-stop on your way to success.  As an infant, how many of you stood up and walked, the very first time you tried? Did you ‘fail’ at walking once only? Twice only? More? Ask your family, you probably failed more times than you’d care to know!

But, that failure just meant that the effort you made didn’t result in success. As an infant, it didn’t translate as you are the failure.  It told you, instinctively, try again! But this time, maybe try a little bit better, smarter, or more efficiently.

Success comes through failure. And while failure stings, it’s our signal to say, “Nope, that didn’t work! Try again!” Imagine if failure didn’t hurt, there’d be a whole lot of us out there still wriggling on the ground and not walking.

Let me be very clear here, the only way you will ever turn that wonderful self of your’s into a real ‘failure’ is by believing it, and not trying again. But don’t get me wrong, this doesn’t mean you should mix sand and water together and put it in the oven to get a chocolate cake – and try over and over again – thinking one day it will work.

Failure sometimes means you have to change the ingredients, or the technique, or the plan – in order to get to success. And sometimes making the decision to stop and totally change direction is what’s warranted. That doesn’t make everything you’ve done to this point a ‘failure’ – it makes you wise.  Make sense?

So if you find yourself hesitant in moving forward, or deflated because ‘it never works for me’ – then it’s time to change your perspective on failure.  Remember, failure is a way to learn what not to do when pursuing success. Like those television game shows, the more options you cross off the board, the better your chances are of hitting the jackpot.

Let’s make the switch from failure as a condition to being a stepping stone to success:

And if anybody tries to make you feel like a failure, just remember this — who’s the one making the effort? You.

You are worth this effort! So follow your heart, never stop doing what’s right for you in your life – and you will always be a success no matter what anybody else thinks!  I hope this has been helpful for you sweet friends, big love!

4 thoughts on “‘Why am I a failure?’ Because you think you are, so let’s change it.” 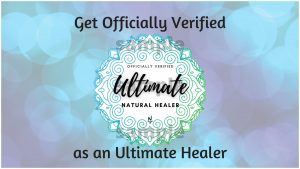